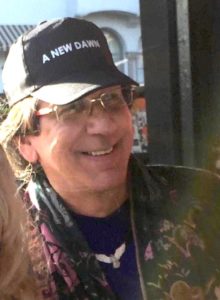 Manny was born in Santiago de Cuba where his family’s rich history includes a great, great grandfather Pedro (Perucho) Figueredo, who wrote the Cuban National Anthem.  At age five his parents, brother and sister left Cuba to escape Castro’s Communism and settled in Miami. He graduated from Florida International University with a Bachelors of Science degree in Communications.

Manny’s writing career began at the age of twelve when he wrote his first children’s story; opening up a whole new world of fantasy which to this day is his passion. As a writer, he has written numerous children’s books, sitcoms, and screenplays.

Manny is a recognized authority in public relations and marketing administration for major civic, cultural and business events. Throughout his career as Director of Protocol for the City of Miami and president of his own public relations firm, he orchestrated the personal introductions of heads of state, royalty, celebrities and business leaders.  He is one of the founders of the Miami City Ballet and the internationally known Miami Film Festival.

For three years he produced the Hispanic Media Conference in Miami, which attracted industry leaders from the U.S., Europe and Latin America. Manny co-produced and was a script writer for the evening news at Telemundo Network and HBC Broadcasting in Miami.

Manny treasures his close relationship with his parents, Oscar and Cecilia, and his strong belief in God.

Proverbs: 16-3
Ask the Lord to bless your plans, and you will be successful in carrying them out.