Click on arrow to display the contents for each category.

This story is about a day in the life of an English bulldog named Two. Two likes to go for his morning car ride to the park where he plays with his friends. He enjoys sun bathing, smelling the flowers in his garden and going to the market with his best friend Mi. Two likes to play with the children of the neighborhood but they tire him out. Two enjoys sitting at his window and watch the birds fly; at times he even falls asleep at the window. Two likes to play with his two best friends Misty & Max, the squirrels. At bed time Two likes Mi to read his favorite bedtime story, he never gets tired of it. The book “Mi & Two” has now been published, click here for more information and to find out how to order it. 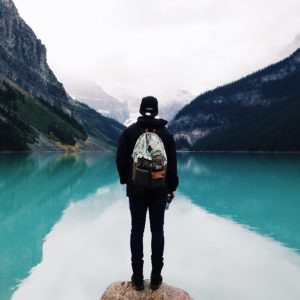 This story is about friendship and how we as humans at times may take friends for granted. A boy always went to the lake when he had problems without knowing that the lake would understand and caress his feet with its’ cool water and always gave the boy peace. As the boy grew he paid less attention to the lake. The boy grows to be a man, moves away and doesn’t return to his home town until later in life. He goes to visit the lake because he recalls how good he always felt when he went to the lake. He is hurt and saddened because where the lake use to be a fountain with one cool stream is flowing. 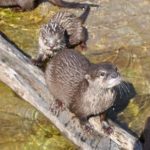 This is a story about ecology.  An architect is going to build a shopping mall without knowing that under the ground is a beaver colony. One night Beverly the beaver visits the architect’s son and tells him that their homes will be destroyed if the construction goes on. The beaver wants to show the boy their home but the boy can’t breathe underwater so Beverly gives him a magic pill and the adventure begins. 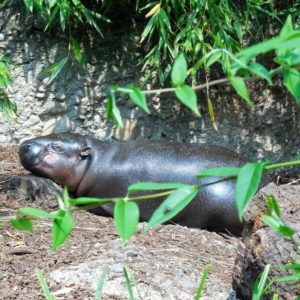 Henry is a baby Hippo who is very curious. Henry floats away on a giant Lilypad and ends up on the island of Chantal. The island is inhabited by little animal like people and the ruler is Zzia the Queen bee. Henry’s reason for landing on Chantal is that a big storm is headed their way and Henry saves the island when all the inhabitants hide under him until the storm passes. Henry and Zzia have a beautiful friendship.

The Grain of Sand

This story is about a talking grain of sand called “TIPPY”. Tippy gets lost in a storm and washes on a beach and a seven year old girl Melanie finds him. They befriend one another and she helps him find his way home. Melanie is the only one that can talk and see Tippy because if anyone else sees him, he turns into a normal grain of sand. The story is about friendship and says that no matter who or what we are friendship is important.

The Boy with the Golden Tooth

A couple in the Swiss Alps Oskie and Ceci can’t have any children and one night Oskie’s only tooth, which is golden falls out. He is sadden because that tooth made him unique in the village. Oskie places the tooth on his night table and when morning comes a child named Alby was sleeping on the night stand. Alby is smaller than all the children in the village but is strong and does wonderful things for all.

The House of Clowns

Ruler of the Heavens

Glamour at Sea
Make-over show with no plastic surgery. Filmed aboard Celebrity Cruise ship as the ship sails to different ports of call.

Second Act
Provide a venue for people 50 years and up to sing. American Idol format.

Virtuoso
An American television talent contest to discover young musical prodigies that are presently attending some of the finest universities in the country.

The Widows of Manhattan