The death of Queen Elizabeth II continues to bring up memories of when she came to visit South Florida in 1991. Award-winning TV journalist and former NBC 6 reporter, Ileana Bravo, was inside the Vizcaya Gardens for the queen’s unprecedented visit.

“I remember one of the special things was being able to smile in a live shot, because it was a happy moment,” Bravo said. “It was a momentous occasion in which Miami was put on the map on a global marketplace.” The veteran reporter is part of Miami TV royalty and is the aunt of current NBC 6 reporter, Amanda Plasencia. Bravo reflected on what the queen’s visit meant for our community. “We had gone through the 1980’s, which were tumultuous. From race riots to boat lifts, to cocaine cowboys. The image that Miami had on a global stage was not good,” Bravo said. “So to have the Queen give us a little panache and a little touch of royalty, especially after the papal visit in 1987, was wonderful for the City of Miami.” And she was not the only one who had a major role in this royal tour. Filmmaker Manny Soto worked as the director of protocol for the City of Miami at the time. He remembers planning the monarch’s visit to Vizcaya with former City of Miami Mayor Xavier Suarez.

“One of the main things that I remember of her was that she was so kind, but those piercing blue eyes. They were amazing,” Soto said. “Usually we invite them and they accept, but she asked to come. That was a big plus for us as she wanted to be in Miami.”

Soto got to have a private audience with the Queen on board the Royal Yacht Britannia and even greeted Her Majesty as she got off the plane, landing in Miami.

“When I shook her hand at the airport it was…inside of me I said, I’m here,” Soto said.

Soto shared his unique memorabilia from the visit, including the queen’s itinerary, a signed photo and a jewelry box. As the world mourns the death of England’s longest serving monarch, Soto says he will remember her lasting legacy.
“She was the epitome of class and royalty,” Soto said. 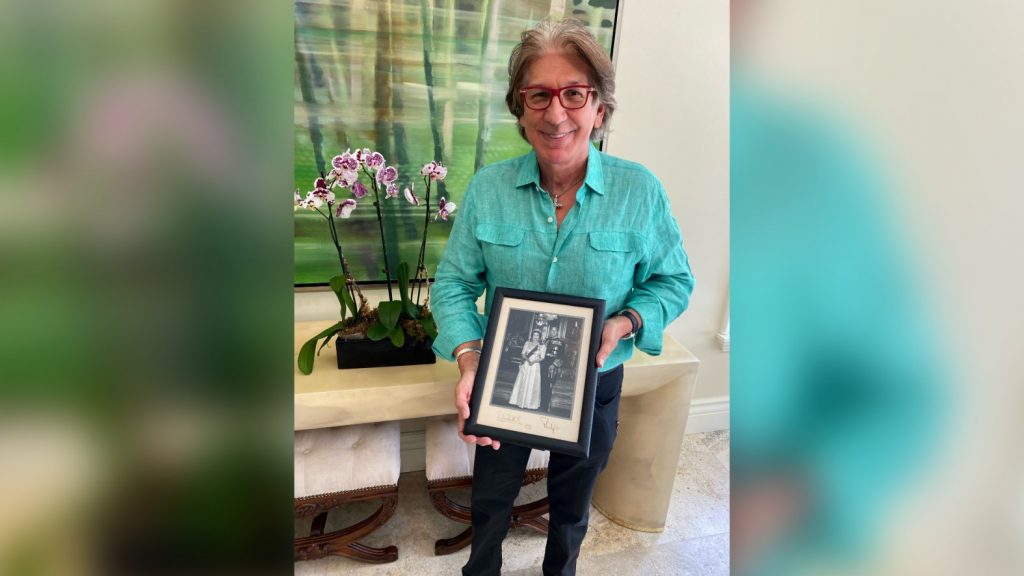 Manny Soto with a photo of Queen Elizabeth and Prince Phillip, Duke of Edinburgh